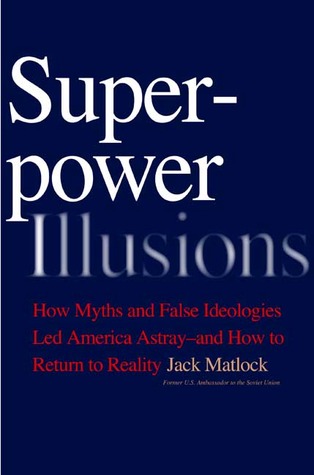 Former U.S. ambassador to the USSRJack F. Matlock refutes the enduring idea that the United States forced the collapse of the Soviet Union by applying military and economic pressurewith wide-ranging implications for U.S.

foreign policy. MatlockMoreFormer U.S. ambassador to the USSR Jack F. Matlock refutes the enduring idea that the United States forced the collapse of the Soviet Union by applying military and economic pressurewith wide-ranging implications for U.S. foreign policy. Matlock argues that Gorbachev, not Reagan, undermined Communist Party rule in the Soviet Union and that the Cold War ended in a negotiated settlement that benefited both sides.

He posits that the end of the Cold War diminished rather than enhanced American power- with the removal of the Soviet threat, allies were less willing to accept American protection and leadership that seemed increasingly to ignore their interests.Matlock shows how, during the Clinton and particularly the Bush-Cheney administrations, the belief that the United States had defeated the Soviet Union led to a conviction that it did not need allies, international organizations, or diplomacy, but could dominate and change the world by using its military power unilaterally.

The result is a weakened America that has compromised its ability to lead. Matlock makes a passionate plea for the United States under Obama to reenvision its foreign policy and gives examples of how the new administration can reorient the U.S. approach to critical issues, taking advantage of lessons we should have learned from our experience in ending the Cold War.

Comments
Comments for "Superpower Illusions: How Myths and False Ideologies Led America Astray--And How to Return to Reality":